20 Innovative Black Entrepreneurs to Watch Out for in 2018

February is Black History Month, a time for recognizing the historic accomplishments of people of African ancestry.

History is being made all the time, though, so in this article, we’re going to take a forward-looking approach and learn about 20 black entrepreneurs who are pursuing innovative business ventures right now.

These innovators are based all around the world and across many different industries, from financial services to renewable energy. I’m focusing on up-and-coming entrepreneurs rather than household names, so there will probably be quite a few people in this list who are new to you. I hope you take their achievements as inspiration to start new ventures of your own.

So, if you’re ready, let’s start the list of innovative black entrepreneurs to watch out for in 2018.

Imagine taking inspiration from the traditional “sou-sou” savings clubs that are common across Africa, matching it up with modern technology, and creating a successful financial technology startup that just attracted a £100million investment from Goldman Sachs.

That’s Martin Ijaha’s story, and I have a feeling it’s only just beginning. His UK startup, Neyber, partners with employers to offer loans to employees at affordable rates, with the repayments being taken directly out of their paychecks. From issuing its first loan in 2014, it’s now lent out more than £50 million, and the new influx of funding should help the company grow fast. 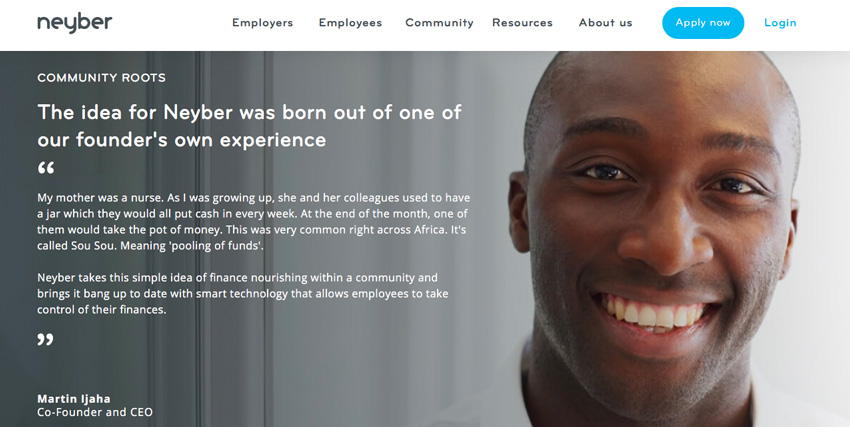 Those of you in the U.S. may remember Moziah Bridges from his brief appearance as a precocious 12-year-old bow-tie maker on the reality TV show Shark Tank a few years ago.

Reality TV doesn’t always translate into real-world success, but it has for Bridges. Now 15 years old, he recently signed a seven-figure deal to supply bow ties to the NBA, and his business, Mo's Bows, is going from strength to strength.

On Shark Tank, he turned down a $50,000 investment offer from one investor in favor of zero money but an ongoing mentorship with fashion mogul Daymond John. That’s looking like a smart move now.

The road to success isn't always straight and direct. Kymberlee Jay started out as a dancer for Madonna before working as a choreographer, but she’s now found success with DoodleDirect, a company that makes slick animated videos to boost companies’ internal and external communications.

DoodleDirect has done work for major clients like Knight Frank, Vauxhall and the Food Standards Agency, and its success was acknowledged a few months ago when Jay won the Arts and Media Rising Star award at the 2017 Black British Business Awards.

The daughter of Angolan refugees, Myriam Taylor cofounded both a biotech company and a luxury haircare company in Lisbon, Portugal with her husband Paulo.

When she was pregnant, Taylor wanted to be able to wear her hair both curly and straight while avoiding any harsh chemicals. Not finding a solution she was happy with, she decided to create one herself, and now her company, Muxima, sells a growing range of caviar-based shampoos, conditioners, oils and other products for textured hair both in European department stores and online.

But shortly after the investment, Aboyeji left the company to focus a new venture, Flutterwave, focusing on enabling digital payments across Africa. The company has already processed 10 million transactions and $1.2 billion in payments, so watch out for what it does next.

Husband and wife team Courtney and Tye Caldwell just won a $100,000 investment from a Dallas startup contest for their ShearShare startup.

The idea is simple: connect owners of barbershops and beauty salons who have empty chairs with individual stylists who need space to work. Tye is a salon owner with more than 20 years of experience, while Courtney has worked in sales and marketing for companies like Zendesk, Zenefits, and Qualtrics. With their solid business idea, complementary skills and a new infusion of cash, expect ShearShare to grow even faster in 2018. 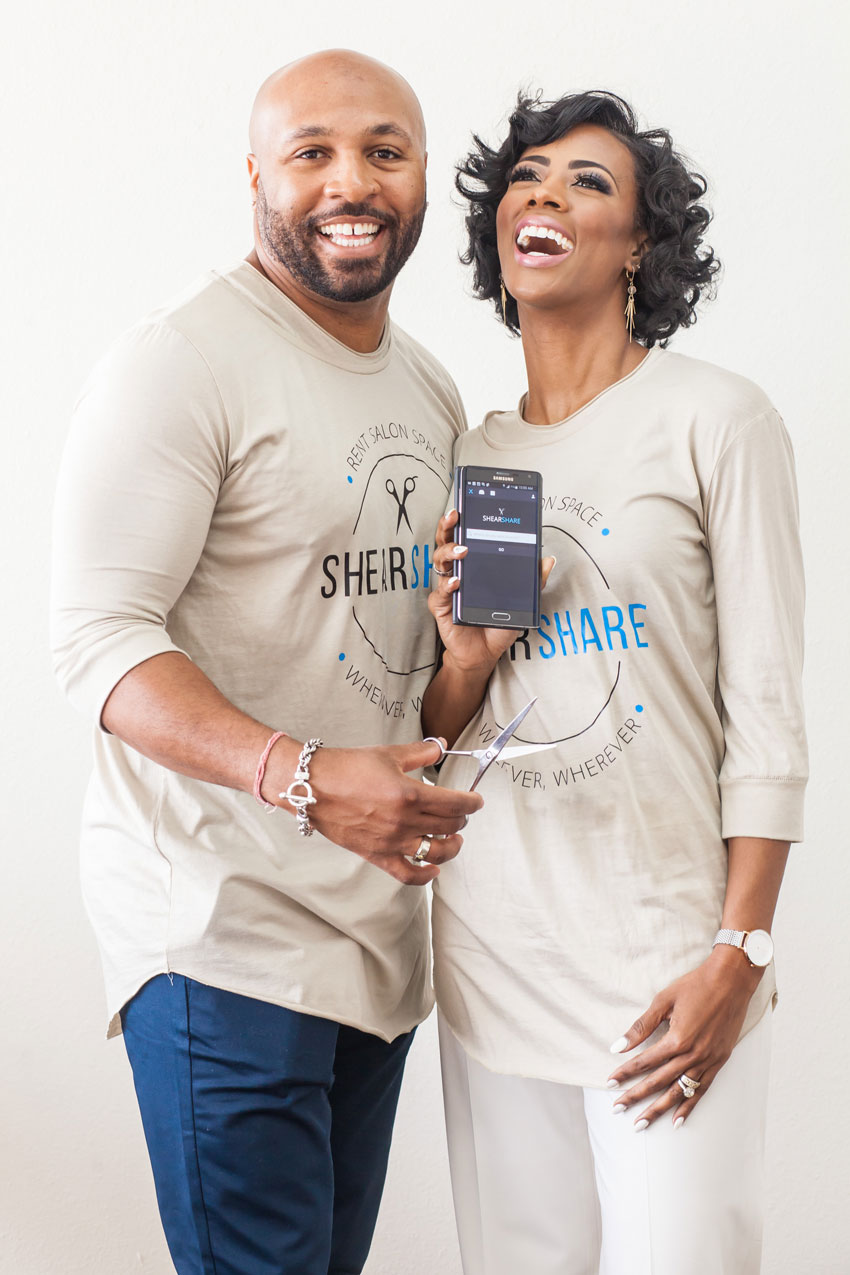 After a long career at the United Nations Development Programme (UNDP), Anne Githuku-Shongwe decided to start her own mobile gaming company, Afroes.

Although it seems like a change of direction, development is still at the core of her work: the goal of Afroes is to create games that will “position African youth for productive futures by innovating in skills acquisition, engagement and connecting to opportunity.”

With a long track record and recognition over the years from organizations like the Cartier Women’s Initiative and the Schwab Foundation for Social Entrepreneurship, there’s plenty of scope for more to come from this creative South African entrepreneur.

Now 17, Penn has written a book, given three TED talks, and been recognized by Oprah Winfrey as a “SuperSoul 100 Entrepreneur”. As her business selling environmentally friendly fashion accessories grows, she also invests in charitable initiatives such as created eco-friendly sanitary pads for women and girls in developing countries and shipping them to healthcare facilities in Haiti, Senegal, Somalia, and more.

As an entrepreneur, you're often told to "follow your passion." But some people have multiple passions, and it's often their combination that brings success.

That's been the case for former NBA basketball player Lanny Smith, who now runs Active Faith Sports, a sports retailer infused with his Christian faith. Many of the products have slogans reflecting his religious beliefs, and this combination of sport and religion has clearly found an audience—the company had revenue of almost $7 million in 2016.

It takes a lot of courage to go up against the big tech giants like Apple and Verizon, but that’s exactly what Florida entrepreneur Freddie Figgers has done with his cellphone company, Figgers Communication.

The company makes and sells its own proprietary handsets as well as offering its own cellphone network. The phone also has a special feature to prevent texting while driving. Figgers got started with technology at a young age and already has a series of inventions to his name. 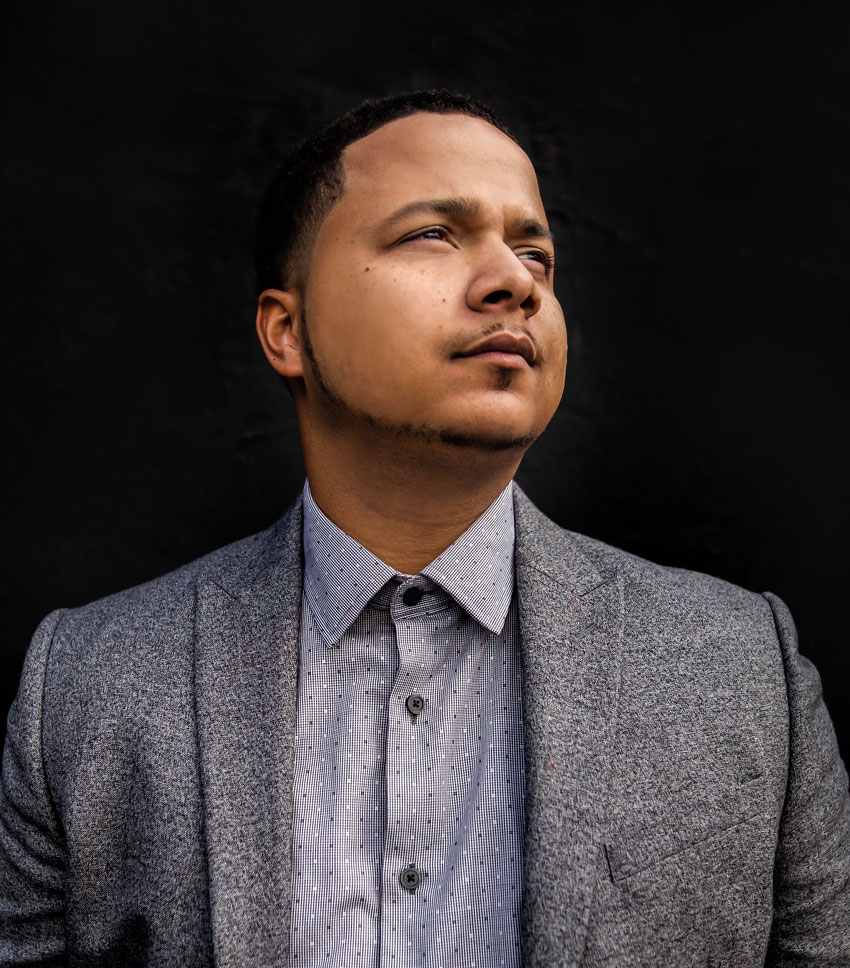 Mignon Francois’s story is the stuff of dreams. She started out deep in debt and selling cupcakes from her living room while caring for six children, and ten years later she’s running a million-dollar company.

The Cupcake Collection is based in Nashville, Tennessee, but you can buy online and have them shipped anywhere. But despite the company’s growth, Francois says she still makes the cupcakes at home:

“We are not trying to reinvent the wheel. We are just trying to do classic things well. Our cupcakes taste homemade because they are homemade, right in the space where I raised my family.”

Entrepreneurs often have to try several different things before finding success, and Belizean entrepreneur Tiffany Simpson is no exception. She freely admits that she “started several businesses that failed miserably.”

Her initial success came from teaming up with her brother to found Belizean Artwork Publishing, a company publishing books and CDs for local Belizean artists. Then, when her son was diagnosed with autism, she taught herself to develop simple computer games to help him improve his speech and learn other skills. She has since run businesses selling computer games and mobile apps, and even helped her son Jayden set up his own business, The Games Space.

Entrepreneurs aren't always high-profile folks. Sometimes they make a big success in a business that's not very exciting or glamorous.

That's the case with Rodney Greenup, founder of oil & gas maintenance firm Greenup Industries of Louisiana. With close to $15 million in revenue and fast growth year on year, this is definitely a success story.

Brazilian entrepreneur Monique Evelle, Brazil is one of the founders of Kumasi, an e-commerce site that takes its name from a famous Ghanaian market and sells products by entrepreneurs of African ancestry in the area of Salvador de Bahia.

On top of that, Evelle also runs Desabofo Social, an organization that works for human rights education across Brazil.

One hallmark of a good entrepreneur is seeing an opportunity where others see only a problem. In recent years, the famous beaches of the Caribbean have been inundated with seaweed. Johanan Dujon of St Lucia recognized that seaweed, although not very pleasant for beachgoers, is very useful for farmers.

So, he began harvesting the seaweed and using it to make Algas Total Plant Tonic, an all-natural product that improves plants’ nutrient uptake efficiency. His company, Algas Organics, has now attracted support from the United Nations Development Programme and the Inter-American Institute for Cooperation on Agriculture, and he is looking to export the tonic to other parts of the world.

Dujon has plenty of ambition, believing that his seaweed could play an important role in boosting food production without chemical additives: “We believe that sustainable agriculture is the key to food security amidst the challenges of climate change.”

After completing her Master’s Degree in Mathematics and Computer Science at the University of Oxford when she was just 20, Anne-Marie Imafidon went on to a successful career that included positions at Goldman Sachs, Hewlett-Packard, and Deutsche Bank.

Her current venture is a social enterprise called Stemettes, which aims to encourage more young women to embark on Science, Technology, Engineering and Maths (STEM) careers.

More and more people these days want to know where their food is coming from—and, ideally, they want it to be fresh and locally produced.

That’s where Riana Lynn’s startup FoodTrace comes in. It builds software and apps to help link local farms and food distributors with larger wholesale food buyers. Lynn is also an entrepreneur-in-residence with Google Code 2040, a program that works to support and connect black and Latinx entrepreneurs with resources needed to build their companies.

Lynn was selected as an Entrepreneur in Residence on the Google Code2040 program, and also helped out at Michelle Obama's kitchen garden at the White House.

Signing a deal with Apple is always a good thing to have on your resume, and it can lead to big things. So, watch out for Silas Adekunle in 2018. He's the British-Nigerian CEO and cofounder of Reach Robotics, which recently announced a deal to have its new gaming robots stocked at Apple Stores throughout the US and UK.

The $299.99 MekaMon robot mixes real-world gameplay with augmented reality. If this new gaming platform takes off, Adekunle's entrepreneurial career is sure to follow a similar trajectory.

Ray J may seem like an odd name to include on this list. After all, he's been quite well known as a singer, actor and TV personality for years now.

But in recent years, he's taken more of an interest in other business ventures through his company Raycon. And his company recently signed a $31 million deal with a major New York electronics distributor, Cowboy Wholesale. The main products of this fairly new business are electronic transport, smartwatches, Bluetooth audio, and drones.

The combination of Ray J's entrepreneurial ability, some major celebrity endorsements and the power of an experienced distribution company could be powerful.

"Sustainably powering the world" may seem like an ambitious slogan for a young Rwandan renewable-energy entrepreneur, but don't bet against Jean Bosco Nzeyimana. He appeared in a panel discussion with Barack Obama and Mark Zuckerberg at the 2016 Global Entrepreneurship Summit, and his company, Habona Ltd., is going from strength to strength.

The company focuses on affordable renewable energy sources to help people deal with Rwanda’s severe energy crisis, such as biogas for household cooking and lighting, biomass briquettes, and bio-fertilizer for farmers.

Any list like this is bound to be highly subjective. I tried to include a broad range of black entrepreneurs doing an array of innovative things in different parts of the world, but to be honest, it was quite difficult to narrow it down to just 20 names.

I could have mentioned, for example, the brilliant Adinkra-based design work of Chrissa Amuah in the UK, or Chinwe Ohajuruka’s work on sustainable housing in Nigeria, or creative storyteller Kenia Mattis, or a whole range of other entrepreneurs from Africa and the African diaspora who are engaged in exciting projects.

I’m sure you've got your own ideas on who should have been included. So, please feel free to leave a comment below to help expand the list.